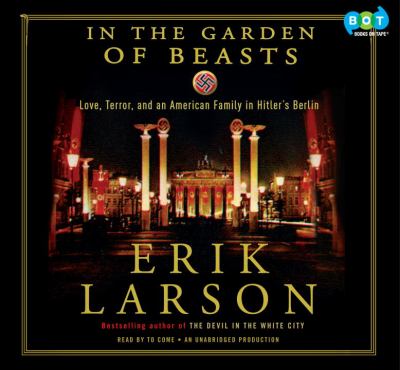 sound recording-nonmusical In the garden of beasts : [love, terror, and an American family in Hitler's Berlin] (AUDIOBOOK)

Summary
In 1933, President Roosevelt personally selected William E. Dodd to be the United States ambassador to Nazi Germany. Dodd took his family with him, including his daughter Martha. Initially enamored with the Nazi party and its passion, Martha suppo... Read more